Economy in the Southern Cone 2017

Once again, we’re back from several months in the U.S. and Chile. We left the U.S. with its intrigue to return to Buenos Aires with its intrigue. Argentina activist, Santiago Maldonado, was reportedly seen by bystanders over one month ago being put into a police vehicle. He has not been seen again so far.

The former president Cristina Kirschner is back in politics and some think the Maldonado kidnapping is a false flag arranged by Senora Kirschner to be blamed on the current president to undermine his credibility with the voting public. Others think the current Macri government  is responsible for the disappearance. We don’t have a clue.

President Mauricio Macri is a business man and we have liked him. He seems to be trying to put Argentina on track. He has allowed the Argentina peso to float, reduced the export fees to facilitate exporting, reduced the subsidies on things like utilities and subway fees, thus reducing Argentina’s debt, as examples. Just as is the case with the U.S. president, Macri is facing opposition on multiple sides. However, something is working. Investment in Argentina has risen significantly and this week we noticed the Argentina ETF (ARGT) being recommended for investment by some U.S. analysts.

Here is a picture of Argentina’s market over the past year:

We’ve also been watching the growth in Chile, which compares with Argentina’s growth but has a much more favorable national debt. The debt in Chile is 21.30 percent of GDP whereas Argentina is 52.03% of GDP. However, while we are looking at these countries, we might also take a look at the U.S. national debt, which is 104.8% of GDP.

Although we love Argentina and, in fact, live in Buenos Aires, we think that Chile is probably the best choice for those who are looking at living in South America, Uruguay would get our #2 rating. And both have less drama than Argentina by a ways. As with all countries these days, neither is completely without drama but both are very stable. Today we focus our attention on Chile.

For those who are analyzing countries in anticipation of a move, Darren Kaiser has given us an update on Chile. He is our real estate investment expert in Chile. 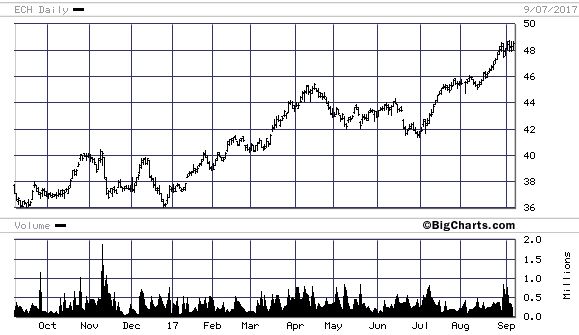 The Chilean Economy in Q3 and Q4 2017
by Darren Kaiser

After a relatively slow start to the year, the Chilean economy has been experiencing an increase in activity recently with a rising copper price, strengthening the Peso and improving monthly growth figures.

Local industries have been trying to adjust to evolving global trends and while some have had their core business models challenged, others have actually benefited from the changes.

The following is a short breakdown of the local economy and considers the current state of several different sectors as well as which way things might be headed throughout 2017 and beyond.

Blessed with abundant mineral wealth, mining has long been considered the backbone of the Chilean economy.

The country produces close to a third of the world’s copper and has vast reserves of silver, gold, molybdenum, and lithium.

Low copper prices were largely responsible for weak economic growth in Chile in 2015 and 2016 but now that the copper price has started to rebound and a number of lithium projects are moving past the exploration and planning stages, things are looking up again.

With increased interest and investment in battery technology for the automotive industry and a comparable advantage when it comes to the cost of extraction, the future seems promising for the Chilean mining industry once again.

After mining, business services come in as the second most important segment of the local economy in terms of percentage of GDP.

That may sound surprising to some but when you consider that Chile leads Latin America in economic freedom and stability, it starts to make more sense. 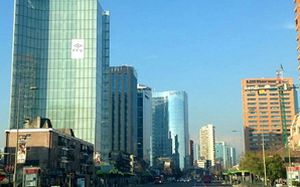 As the country continues to modernize by investing in communications and connectivity, business services should remain strong and if the pro-business presidential candidate who is currently leading polls wins the November election, expect this sector to receive a serious bump in the near future.

While things in the mining industry have been relatively slow in Chile over the last couple of years, the exact opposite has been true in the energy industry.

As the price of energy has fluctuated in Chile, there have of course been some winners and some losers but as a whole, the sector has become much more dynamic recently.
Hydroelectric stations and coal and gas fired power plants are still the most common forms of energy generation here but significant investments are starting to be made in a variety of solar and wind installations.

Due to extremely favorable climactic conditions in the northern and central regions of the country, these sources of energy are actually viable in many parts of Chile which means local government isn’t burdened with providing subsidies for the industry like in other parts of the world.

Tourism currently accounts for such a small percentage of Chile’s GDP that of all the different sectors of the Chilean economy, it very well may be the one with the most potential for future growth. 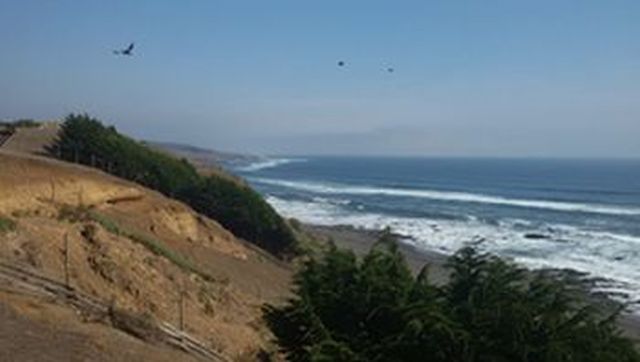 One of Chile’s little known but gorgeous coastal areas

I’ve heard local people joke that more money is spent annually on advertising for single towns in Southern Argentina than for touristic attractions from one tip to the other in Chile.

The biggest factors holding the growth of the tourism industry back in Chile today, and which will need to be addressed before this sector can really start to gain some momentum, is publicity and the price to service ratio.

Once local tour operators learn to overcome these two hurdles, expect the current level of revenue collected from this industry to increase dramatically. 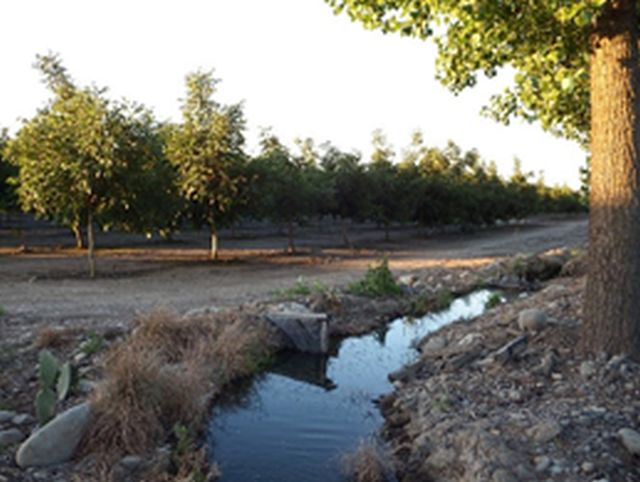 While low grain prices have meant hard times for those involved with the production and exportation of annual crops such as corn and wheat, there has been increasing activity in other areas of the agricultural market in Chile in recent years.

Blueberries and cherries have been some of the most popular in terms of fruits, thanks to the seasonal advantages of producing in the Southern Hemisphere, and walnuts and hazelnuts have also been attracting more and more attention thanks to advances in mechanized harvesting equipment.

While the market for these kinds of high value agricultural products is already quite mature in Chile’s 5th, 6th, and northern 7th regions, there’s still a lot of room for this sector to grow a little farther afield.

In central and southern parts of 7th region as well as in the 8th region, you can already see this starting to happen thanks to lower land prices, more reliable water sources, and lower operating costs.

In most parts of the developing world, getting ahead of the path of progress where large infrastructure improvements are being made is often times the most straight forward way of gaining exposure to a country’s future growth, especially for passive investors.

Electrical, roadway, and communications systems in Chile are already quite advanced for Latin American standards but in order to achieve their goal of becoming a truly “developed” nation by 2020, they are still working on massive infrastructure projects throughout the country.

Unlike China though, where train stations and shopping malls are built in the middle of nowhere or the US where aging infrastructure lacks funding for current and future upkeep, Chile has actually been quite responsible in terms of assessing which areas are really in need of road upgrades and related improvements. 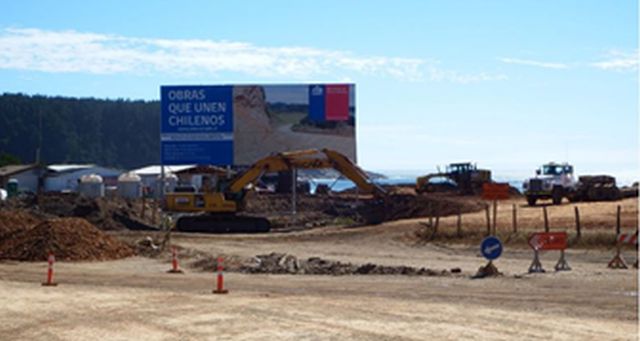 Work being done on a coastal highway project earlier this year

On numerous occasions, I’ve personally seen the local government evaluate how beneficial a future highway expansion will be, consider where funding will come from, and then set aside capital for the projects that qualify well before they are actually started.

If the country had a debt load that was similar to most North American or European nations, their consistent and pragmatic investment in infrastructure improvements might have a limited time frame.

The fact that they have one of the lowest debt to GDP ratios and a sizable savings set aside for future financial calamities makes this another one of the trends that probably has a high likelihood of staying the course for many years to come.

Between its conservative financial positions, clear rule of law, and very attractive security profile, Chile stands a much better chance of weathering any near or distant economic storms than most other jurisdictions.

If the world economy is able to avoid any impactful negative events and maintain the status quo, the country should be able to continue to meet the demands of numerous global industries and solidify its reputation as a pillar of stability and progress in Latin America and the world.

Being home to one of the largest supplies of renewable water resources on the planet (both per capital as well as total), nearly half of the world’s most economically extractable lithium, and incredible weather for nine months of the year, Chile might not just be a place to consider as a “Plan B”.

Depending on how forward thinking you are and how willing you might be to make a change to your current daily routine, for a lot of people Chile could actually make more sense as their “Plan A”.

Darren is a developer and expert in real estate investment in Chile. We recommend him as an investment consultant. He conducts private and group real estate investment tours in the Maule Region and lives near Talca, a prime farming area. (We also have on good authority that it’s a prime surfing area, one of Darren’s favorite pastimes.) Darren is author of the book, Where to Buy Chilean Real Estate  in 2014. His web site is www.darrenkaiser.com

Wildfires Burn in Central Chile
Forest fire raging outside of Santiago Over the last couple of weeks, central Chile has been hit by some of the worst wildfires in the country’s history with close to 600,000 hectares (about million acres or over 2,000...

« New Highway Opens Up Opportunity in Chile
Got Bitcoin? »