Come Go With Us to Patagonia 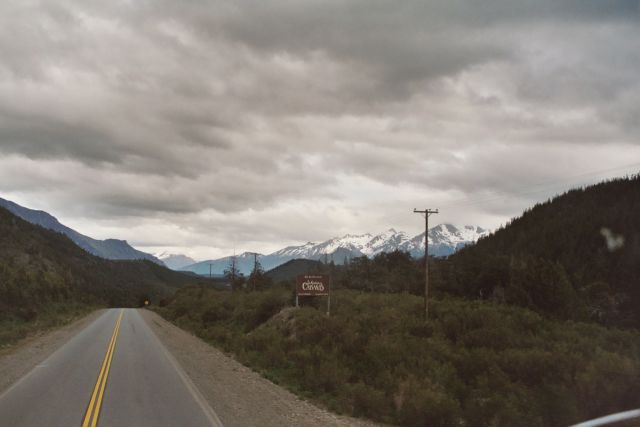 We decided today to take you on a little trip to Patagonia, on the Argentina side.

Patagonia is the southern area of both Argentina and Chile. The name Patagonia comes from the fact that Patagonia was once a territory before it became provinces.

We like the south in both countries a lot. It’s mostly small rural towns–farms and ranches–with a very different culture from Buenos Aires. This part of South America might remind you of the United States in the 1950’s if only  they spoke English. .

There is a difference between the Patagonia of Argentina and that of Chile, largely because of the Andes mountain range that separates the two countries.

Many people who live in the south of Chile deal with pretty much daily rain in the winter months.The rain makes for lush, green landscape and an abundance of water in a world where we hear a lot about water scarcity.  But we have Chilean friends who moved from Valdivia, Chile, to Vina del Mar to get away from the rain in the winter.

But then of course, comes summer and there isn’t anything more beautiful than that part of Chile in the summer.

For those who would have a problem with rain, the Argentina side of the Andes tends to be arid. The mountains wring out most of the moisture on the Chile side.

The terrain on the Argentina side reminds us much of Montana with the vast plains bordered by the mountains.

When we first started writing to you about our escapades down here we liked to travel in the daytime. We wanted to see everything—every little town we stopped in, what was the lay of the land, whatever it was that was out there on the range, whether wild of domesticated, we wanted to see it.
.
But we have gotten soft. We like to travel at night, use the time for sleeping, and be rested and ready to go in the morning. We have discovered the “cama” buses. To give you an idea, “cama” in Spanish translates to “bed.” I’d say in this case it’s a rather loose translation, however, considering it isn’t a bed. The seats are much larger and more comfortable, the foot rest raises up, the seat goes much further back and at night they pull a curtain around you, giving the sense of privacy. And the service is a little more fancy. We recommend you check out the cama. It’s a little more expensive, but worth it for a long trip.

The province we are visiting is Rio Negro after the Rio Negro river. We liked one town in this area so much that we considered staying here before Uruguay caught our attention. Viedma produces half of the apple and pear crop for the entire country. They have almond orchards here and you could buy an entire bushel of almonds for very little.

We have fished at the mouth of the Rio Negro where it enters the ocean and the fish almost  (but not quite) seemed willing to bite on anything you put on the hook. In fact the fish were so trusting their we wondered if anyone ever goes there to fish. Surely they must.

One last interesting fact about the south of Argentina. This animal is the guanaco. They are hunted in some aras for meat, and the skin on their neck is very thick and used for making shoes and boots. The guanaco roams in small herds across the plains in Patagonia and in the mountains on both the Argentina and Chile side and we hear that there is a herd in Paraguay. It is related to the camel. 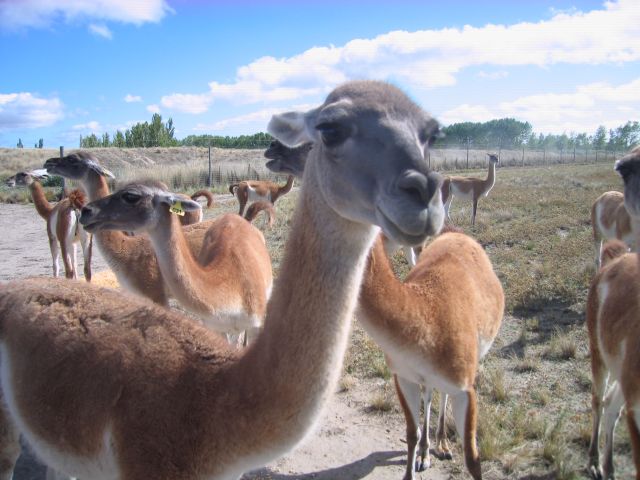 Normally the guanaco ears are straight up and alert.

See those laid back ears? That means these guanacos are not happy. There were several of us approaching them. This photographer is getting just a little too close for comfort and they are getting pretty irritated.  When guanacos are irritated, they do what camels do. They spit! Those ears are a sure sign they are considering launching a spit attack.

But your photographer stayed just out of range and escaped unscathed.

A Morning With the Gauchos In Northeast Argentina
John Bechtel, travel writer normally based in Buenos Aires, decided to accept a teaching gig this year in Corrientes Province in northeast Argentina. He  tells us he prefers to see how the local people really live, how they think,...

Encounters with Wildlife in Colonia Carlos, Pellegrini, Argentina
It had been raining for days. Successive waves of storms rolled over and through us, lightning flashes turning night into day with sheets of light and sudden bolts cleaving the sky before engulfing us in darkness again. Incessant...