We hope that you and your family are having a wonderful and blessed Christmas season and that you are looking forward with anticipation to 2018 along with us.

We are very encouraged about the changes in the United States right now. Of course there is plenty to be concerned about, and probably will for a long time to come. It has always been thus. But things have at least taken a turn in the right direction.

The new tax bill that was just passed will make a difference for families. We have been hearing in the media that the new bill is a break only for the rich. As is customary for anything that comes out of the mainstream media these days, that is not true, If you’re interested in reading the bill for yourself, you can find it right HERE.

We see the change In the economy that began with the reduction of the regulations that have driven so many companies overseas, and the change in import  rules that is also bringing companies and jobs back to the United States.

We remember when it was announced in the 1980s that industry would be going overseas and we would do the technical stuff. It would be so wonderful because prices would be so low. It was all done only for our benefit, of course. But in time we learned whose benefit it was for and it wasn’t ours.

Your editor questioned at the time: What were the assemblers in Detroit going to do? They weren’t technicians. But the powers that be made it sound so good  that voicing your objections brought an argument. But now that is starting to change.

The U.S. is addressing crime, particularly the pedophilia that has been protected for so long. We have a former Assistant Secretary of Housing and at least two former victims of child sex trafficking who have been telling us about it for a long time and how it is used to blackmail some congressmen and we always wondered why it was ignored. Well it isn’t being ignored now. This is a situation to watch.

The United States has a businessman now who understands the effects of all these things whereas in our opinion, most politicians understand almost nothing but how to get elected.

We are encouraged for other reasons. And not just in the United States. The wake up of the population is showing up elsewhere.

We have Brexit in Europe, with the people saying “We don’t want a new world order, thank you/ We want our sovereignty back.”  Whether they will succeed or not remains to be seen. But it still shows a change, we think, for the better.

Argentina took a positive turn when Argentinians chose an experienced businessman, Mauricio Macri and ousted the Marxist Peronist regime. And now Chile elected a free market conservative entrepreneur, Sebastian Pinera, replacing the Marxist regime that had so many expats in Chile concerned. We’ll see how it goes.  Our point is that the hopeful signs are widespread.

One thing we like to look at when considering the economics is the charts for the country in question. Here is the one year chart for Argentina. Even  if you don’t understand charts, it’s easy to see that it’s headed in the right direction. People are interested in investing in Argentina these days. And that’s what Macri wants. He got himself elected into a difficult position because socialism is so deeply embedded in Argentina and people don’t like it when their subsidies disappear, but most of the people we know believe he is really trying. 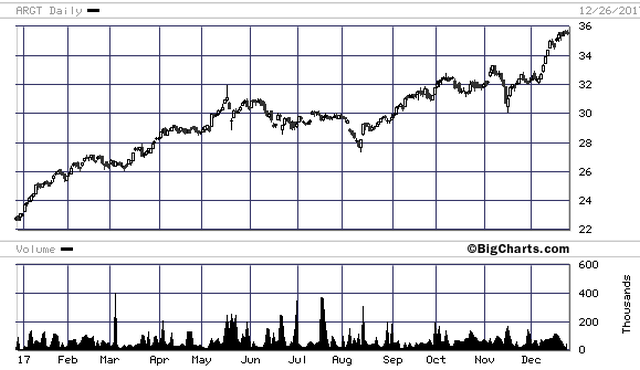 And here is a one year chart for Chile. 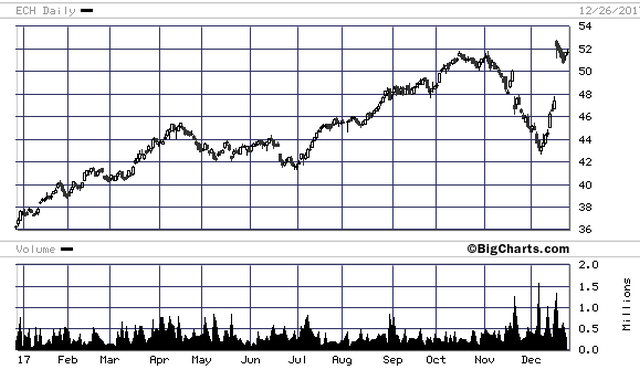 Both Argentina and Chile are encouraging new business ventures in their countries.

We realize that there are a lot of naysayers out there, but nevertheless, we’re expecting a great year. We really want 2018 to be a great year for our subscribers. We intend to continue in the same vein that we have for several years but we plan to focus a little more on helping you with ideas for establishing streams of passive–or even active–income. We really look forward to doing that.

Arlean
P.S. We really appreciate your forwarding our newsletters to anyone that you think might benefit. Also feel free to let us know how YOU see things by posting your comments in the discussion section below or onr Facebook page  https://www.facebook.com/group

Making the Most of a Bee Invasion
One of our team here at Four Flags Journal, Matt, has taken up beekeeping. Or at least is making an attempt to do so.  And what was the inspiration? It was not exactly planned. A stray colony of...