Should we exit before the election? What say you?

Should We Plan a Quick Exit If Trump Wins?

We are temporarily in the United States, visiting family and taking care of business. Our newsletters have been sporadic, but for the most part we are now back on the job.

It’s an interesting time to be in the States as this Presidential election draws near. We are receiving lots of advice from our expat friends and subscribers in the far south.

“If you must go,” they say, “be sure to be out of the U.S. before the election,” And now we are hearing, “If Trump is elected, get out of the country as soon as you can.” One subscriber from Canada writes that all the news in Canada is anti-Trump and of course the same was true in Argentina. The taxi driver in Argentina told us on the way to the airport in Buenos Aires, “He is a crazy man!”

And then there was the U. S. media, with nothing but ridicule for The Donald.

Speak Spanish in Thirty Days or less. Begin with FREE sample lessons with absolutely no obligation.

We have never, in all our lives, seen an election like this one–and we’ve seen quite a few! For years we’ve been concerned about the direction our country was taking.  Back around 1980 we began to be told that our factories would be moving out of the country and we were going to provide the technical know-how. It was going to be wonderful, everything would be less expensive and prosperity would reign. But some of us, including your editor, wondered: What about the people who just assembled cars, we thought. What about the people who were not “technical?” What about THEM, we thought.

In successive years we watched the factories leave Michigan, where we lived at the time. It didn’t seem like those trade agreements were working so well–at least not for us. Detroit all but died. Jobs and the economy in the state did, as well.

After that came a steady stream of nonsense. But any spoken observation that it was, indeed, nonsense, was put off by the media and those who follow it would tell us that we were  wrong. We were “conspiracy theorists,” and if it were true it would be in the news. The media, in turn reported that the economy was recovering–or even booming. Jobs were increasing. Inflation was almost nonexistent, everything was getting better, they said.

Never mind that, at the same time, reliable economists informed us of irresponsible national debt, large amounts of money unaccounted for, higher prices at the grocery store. And we didn’t see much evidence that the America we knew and loved still lives, with any valid constitution left unshredded. And the worst part was that it seemed that few cared.

We were told inflation was low and national debt provided prosperity, while reliable financial sources, not part of the media, at the same time, tell us that wages, in buying power, have not increased since 1989 and we saw gold soar from $33 an ounce to $1500 an ounce.

Many of us suspected, at least at times, that the official story was not true but we were led to believe that we just weren’t bright enough to understand the facts. 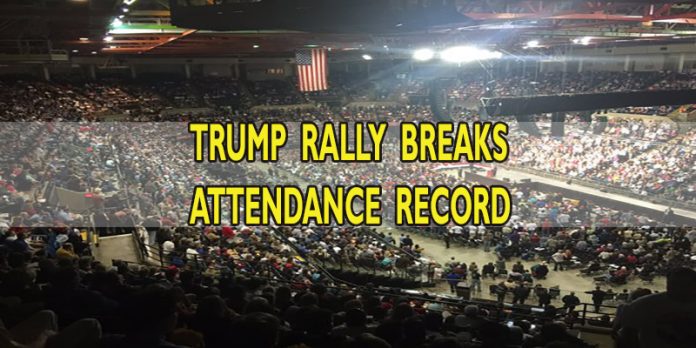 But now, apparently out of the blue, a highly successful businessman decided to run for President in America, who says, right out loud, what we have been suspecting was wrong all along. According to him, at least, we have been right. Thousands–maybe millions–of Americans have seen their doubts affirmed. They have new confidence that their thinking hasn’t been as far afield as they were told. The self-proclaimed media experts were not as expert as they thought. Some analysts believe that, whether this man is elected or not, he has awakened a sleeping American spirit that isn’t going to be so easy to put back to sleep again.

We don’t know. But we are interested observers. Are we going to rush back to South America before the election?

No way. We are going to stay around for the party!

Make more money than you ever thought possible, from anywhere in the world . . . and we’re not making that up!

Here is a chance to learn the proven system used by Bill Bonner’s Agora publishing as taught by business and marketing legend Mary Ellen Tribby. Mary Ellen shares her years of experience with us and it has been great!  If you are interested, come and join those of us who are already involved in the program. You can learn to make all the money that you need, anywhere in the world, from your laptop. Read more . . .

Wildfires Burn in Central Chile
Forest fire raging outside of Santiago Over the last couple of weeks, central Chile has been hit by some of the worst wildfires in the country’s history with close to 600,000 hectares (about million acres or over 2,000...

Beware the Hype on the Internet
Our attention is drawn this week to our subscribers who are trying to decide which country is best for immigration in the Southern Cone–and perhaps elsewhere. This is one reason we began to publish an email newsletter 10...

Establishing Another Stream of Income in Uruguay or One Good Thing Leads to Another
New School Under Construction in Punta del Este, Uruguay Looking for a job in South America? We have so many prospective expats who contact us who are younger, have families to support, and need to...

He Did It His Way
Well it’s over. One year and a half of campaigning has finally come to the end. . We are in the United States currently. Before the election we found it common for people to tell us at first  they were not...