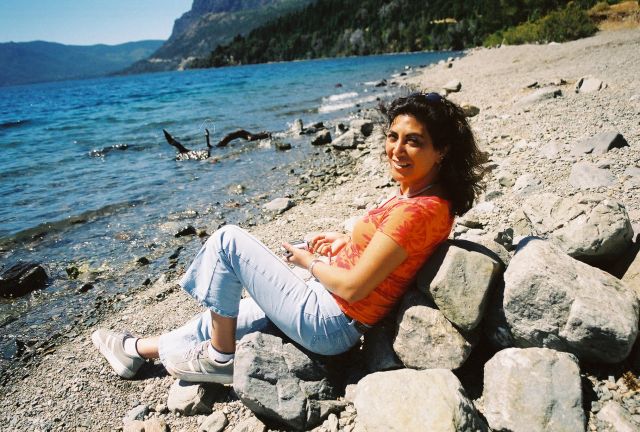 With over 3,000 miles of coastline, one of the most well-protected agricultural valleys in the Western Hemisphere, and some of the world’s largest mineral deposits, it’s easy to see why intrepid travelers have been coming to Chile in search of adventure and fortune for the last couple of centuries.

While one could literally spend a lifetime exploring the diverse landscapes and investment opportunities Chile presents, here’s a short list of places you’d probably like to know about if you’re considering moving to, investing in, or even visiting this South American gem.

Since central Chile offers the best infrastructure in the country and a Mediterranean climate with long, dry summers and short, mild winters, it tends to be the most attractive for those coming to Chile looking for a new place to call home.

Photo by your FFJ editor. One of my favorite places in Vina del Mar

Just over an hour northwest of Santiago, Viña del Mar is one of the larger urban centers on the central coast and offers a very high standard of living. It’s very lively in the summer months here when vacationers come to spend time on the beach, visit the Quinta Vergara (the city’s primary park), and attend the Festival de Viña (a large music festival very famous throughout South America). However, it’s also one of Chile’s more expensive destinations but, when considering the services available and comparing it to other seaside destinations in North America and Europe, it’s becomes clear why this city, which name translates to “Vineyard by the Sea,” is a favorite among both expats and natives.

Located in the Providencia neighborhood of Santiago, Barrio Italia offers a glimpse of the capital city’s history while being much less gritty than many parts of the downtown. It’s definitely an up-and-coming neighborhood with lots of street cafes and bars and a number of new condos currently under construction in the area.

Those less concerned about history and more interested in modern conveniences and style will probably find the neighborhoods on Santiago’s eastern edge to be a better fit than those closer to the downtown, and one that is particularly attractive is the Vitacura area. Apart from hearing Spanish spoken in the street, you probably won’t notice much difference between Vitacura and many of the nicest zip codes in California or New York.

While mining used to be the primary interest of foreign investors looking to gain exposure to the growth of Chile’s emerging market, a few other industries have just recently begun to catch more international attention with agriculture and energy at the forefront of this new trend.

With the economic forecast looking quite bleak for Europe right now, numerous large energy companies from France, Italy, and Spain are in the process of switching their attention across the Atlantic and are heavily investing in new projects throughout Latin America right now. The most common are hydroelectric, natural gas, and wind energy projects and while Brazil, Colombia, and Peru are all seeing investment in the energy sector increase, Chile stands out in the region for their clearer rule of law and lower levels of corruption.

Investing in energy companies that are prioritizing projects to be developed by their Chilean subsidiaries is one way to play this or, if you have personal experience in the energy field, it might be worth looking into the possibility of providing logistics to one of the firms that are in the planning stages of new projects currently.

While agricultural land in Chile’s central valley has finally been starting to receive attention from some North American institutional investors and hedge fund managers, this is one sector that the smaller, independent investor can also consider getting some exposure to.

The majority of people arriving in Chile and considering picking up some agricultural property almost always think that the best option would be to look for a small- to medium-sized plot of land within an hour or so of the country’s capital.

The problem is that pricing for flat land within an hours’ drive of the capital pretty much always fall into the “development land” category instead of the “ag land” category.

Even agricultural land an hour and a half outside of Santiago tends to be relatively unattractive today because prices are already quite high, thanks to being home to several world-class vineyards and due to restrictions on the recording of any new groundwater rights.

Once you get two and three hours south of the capital though, you finally reach areas where first-class farmland can still be found for attractive prices. Today, flat farmland with good soil depth and recorded water rights can still be found in this area for anywhere from about $4,000 to $5,000 USD/acre. Although, there are a number of large public and private infrastructure projects just getting off the ground in this region right now, which means this pricing probably won’t last forever.

If you’re just planning on seeing some of the more interesting sights in the country and aren’t trying to actually plant flags here, two destinations you shouldn’t miss are San Pedro de Atacama in Chile’s northern desert and the Marble Caves of General Carrera Lake.

San Pedro de Atacama is a small town that has been steadily increasing in popularity over the last 10 to 15 years thanks to the number of incredible natural attractions in the area. While most of northern Chile’s economy is very dependent on the mining industry, San Pedro de Atacama’s primary source of revenue is tourism thanks to the salt flats, hot springs, geysers, and observatories that can be found within close proximity to the town.

While harder to get to and much less popular than San Pedro de Atacama, the Marbles Caves along the edge of the General Carrera Lake are definitely worth seeing if you’re looking for a real adventure. Getting to the Marble Caves normally includes a multiday trip along the Carretera Austral or Southern Highway, or you can access the area through the Argentine town of Perito Moreno.

Thanks to a relatively long flight from the population centers of the Northern Hemisphere and very little mainstream media coverage, many of Chile’s economic anomalies and interesting “hot spots” go largely unnoticed and underexploited today.

Eventually, this situation is sure to change and those who caught on to what the country offers ahead of the curve will most likely be significantly rewarded for their vision and foresight.

Darren Kaiser is an American expatriate and current resident of Chile. He is a small-business owner, journalist, and investor. You can find more at his website,http://www.darrenkaiser.com.

Happy New Year –Looking forward to 2018
We hope that you and your family are having a wonderful and blessed Christmas season and that you are looking forward with anticipation to 2018 along with us. We are very encouraged about the changes in the United States...

« Got Bitcoin?
Encounters with Wildlife in Colonia Carlos, Pellegrini, Argentina »