How to Get a Travel Document When You Are Stateless 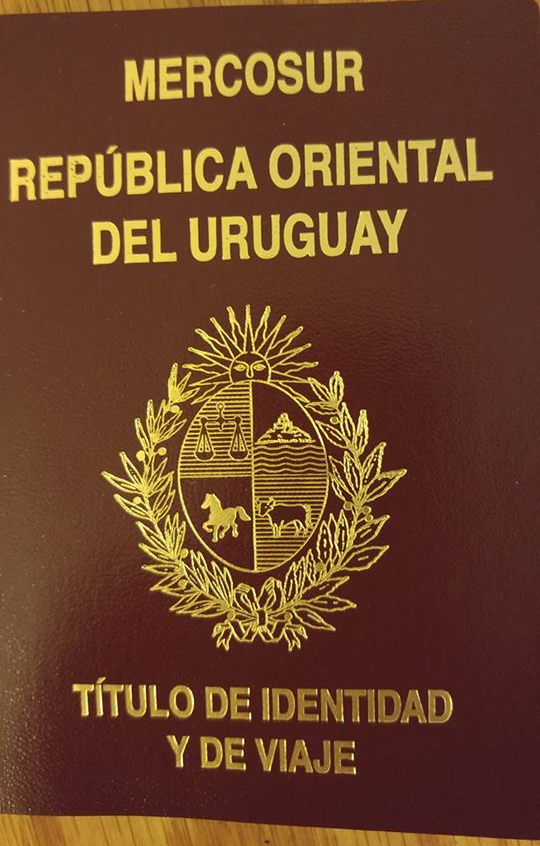 In 2015, another record was set by American citizens and legal residents as approximately 4,300 of them gave up their U.S. citizenship.

One member of our expat community, Glen Roberts, took the step of renouncing his U.S. citizenship, even though he had not obtained a second citizenship, thus making himself stateless.

We are warned in many publications not to do that, but Glen is an intrepid soul who questions what he reads. He decided to venture into hitherto little-explored territory. So we asked him to report to our subscribers.

Glen was a resident of Uruguay for several years, but in the last few years he has held forth from Asuncion, Paraguay. We reported on Glen’s expatriation experience quite a while back. If you didn’t read that you might want to read it first. You can find it HERE.

How To Get a Travel Document When You’re Stateless

I have now received a stateless travel document which is much like a passport. I got mine from Uruguay. I applied for one from Paraguay over 1-1/2 years ago and they have yet to fulfill their obligations under the 1954 UN Convention on the Status of Stateless Persons.

So last month, I visited Uruguay to renew my Uruguayan Cedula. I also attempted to present an application for a travel document. Because I didn’t have all the necessary papers it was not accepted and I was given a handwritten note with a list of what would be needed.

At that time I was told the process was likely to take “weeks,” not “months.”

After approximately two and a half hours he returned. He and the individual who accepted my application held a brief discussion. I couldn’t clearly hear all of it, but it was clear that something was “missing.” I was thinking that maybe after waiting two and a half hours to enter an application that would take “weeks” to process, that now  I would need more documentation of some kind.

Basically, ignoring me, the man seemed to continue with his work. However, after a few minutes he turned on the light for their camera and had me adjust the position of my chair. He took my photo and my electronic signature. Shortly thereafter, he placed a blank “passport” form in his printer and proceeded to create my Titulo de Identidad y Viaje (Identification and Travel Permit).

The only difference between the Titulo de Identidad y Viaje and a passport is the relationship between the holder and the issuing country. A passport is issued by a country of which one is a citizen–wherein there are obligations between the parties. In fact, for a US Passport, it is a federal crime for a State Department official to issue a U.S. Passport to a person who does not affirmatively pledge allegiance to the United States. Just being a citizen is not sufficient.

For my Titulo de Identidad y Viaje I have no obligations to Uruguay and Uruguay has none to me. The application I submitted was written by me and only described my situation. I also signed an acknowledgement that I received the document.

Uruguay issues Titulo de Identidad y Viaje on a much broader scale than required by the 1954 Convention or the 1951 Refugee Convention. They will issue the document to anyone who lacks or is unable to make use of diplomatic representation in Uruguay and lacks a valid passport. For example, the citizen of a country that doesn’t have an Embassy in Uruguay.

It will be interesting to see if they will issue one to  U.S. citizens who has their U.S. Passport revoked for tax debts.

The clerk explained they still needed the signature of someone who was currently in a meeting. I paid the fee ($1,120 Uruguay Pesos, about US$36). I was able to pick up my document the following day.

I originally presented a written application for the travel document and supporting information. I was not subjected to any insulting questions, nor insulted because of my status as a stateless person or choices. In fact, I was not asked any questions at all. All of the individuals I dealt with in getting my travel document treated me with complete respect.

In general, however, that was not the case with other officials in Uruguay, including those who created my new Cedula–incorrectly identifying me as a US Citizen, the Uruguayan Airline, Alas, where they insisted I show them my US Passport, and required me to submit to a pre-check in immigration inspection, and the immigration officer at that pre-check in inspection who, in my view, made the worst U.S. immigration officials seem pleasant. However, the actual immigration inspection when I left Uruguay was smooth. The official there scanned my travel document and noted that I could use my Cedula to travel. I replied that I knew that, but the information on my Cedula was incorrect. She looked at the computer screen and asked my nationality. I said, “None,” and she stamped my travel document and I was on my way.

The Titulo de Identidad y Viaje is a book and looks very much like a passport. However, instead of saying passport, the front says Titulo de Identidad y Viaje. The photo / information page is the same as a machine readable passport. On mine the space for Nationality is blank. In the machine readable codes at the bottom it has the code XXA for nationality. On your US passport you would see USA in the same spaces. 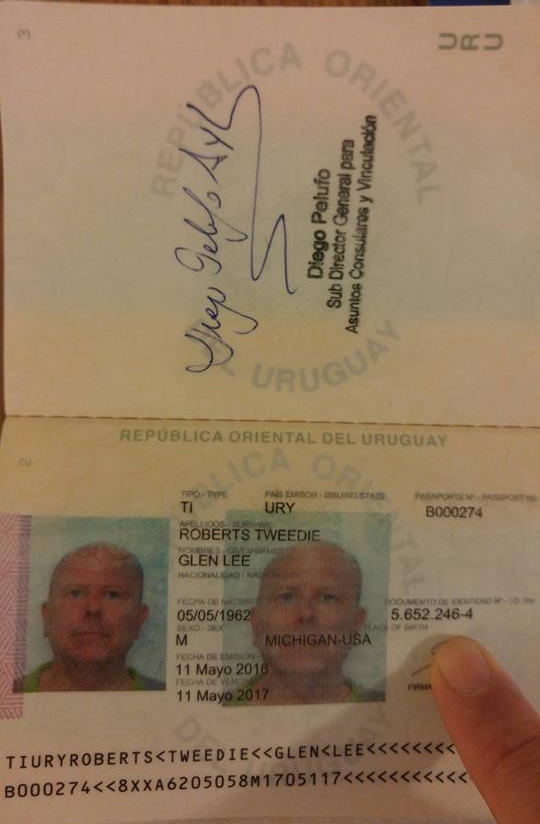 XXA is the code for a stateless person per the 1954 Convention. XXB would be used for refugees, and XXX for those with unknown nationality. The similarity to a passport is what led things astray with Alas. The clerk, after looking it over, and not liking my answers (that I didn’t have a U.S. passport and that I had no nationality), telephoned immigration and said something along the lines of  “it looks like a passport but isn’t a passport.” After a considerable period of time at that pre-check in inspection, the immigration officer explained to me that “You can use that document anywhere in the world.” And I was on my way.

Glen has been in Central America first, then Uruguay for many years. He is what we would refer to as a seasoned expat. He was largely responsible for building a large expat community in Montevideo, running a web site and hosting a family-style meal at a restaurant in Montevideo every Sunday. He was unfailing in seeing that someone was always there to meet with expats who came. He moved to Paraguay a few years ago and has established a similar group there. He is one of the U.S. expats we know personally who has supported himself for years with an internet business through his many web sites.

Living and Retiring in Uruguay 2016
by Linda Wilson Before we came to Uruguay, we heard all about the “low” prices here.  That’s not true any more. We live frugally on around $2000 a month (that’s for two people).  However, the truth about things...

Can You Bring Gold Into Uruguay Part II
By Montevideo Attorney, Mark Teuten This week we continue the article that we begin last week about bringing your gold into readers have asked questions about how things work in practice, particularly in cases where one wants to declare more than...

Health Care, not Sick Care
As we all know, Four Flags Journal is about diversification. We all realize that we live in unstable and changing times. We don’t really know what is ahead in the next few years and we do not intend...

« Come Fly With Us To Chile
Viña Del Mar, Chile I »