How Dangerous is Living in the Earthquake Capitol of the World? 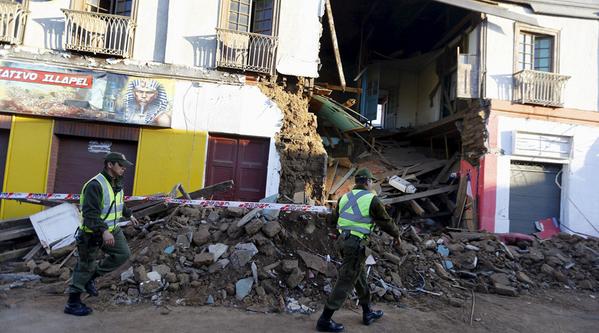 The 8.4-magnitude earthquake that struck the central Chilean coastline last week was the third largest earthquake to affect the country in just over five years and has led a number of family members, friends, and clients of mine to recently ask, “Doesn’t living in the earthquake capital of the world make you nervous?”

I arrived in Chile in mid-2010, just a few months after the 8.8 earthquake, and will admit that at first I did have some doubts about moving to the most seismically active country on the planet.

I used to associate 7.0+ earthquakes with mass destruction, chaos, and death tolls in the tens to hundreds of thousands because in most parts of the world, that’s basically what a large scale earthquake equates to.

In 2011, the 9.0 magnitude earthquake that hit Japan caused over 15,000 deaths and tens of billions of dollars worth of damage.

Even the 6.7 magnitude earthquake that hit Northridge, California, in 1994 is estimated to have caused around 60 casualties and somewhere around $20 billion USD in damage.

A Different Story in Chile

If you combine every single earthquake that Chile’s had over the last 60 years (which includes the 9.5 magnitude 1960 Valdivia earthquake, the most intense earthquake in recorded history, and dozens of other 7.0+ earthquakes), the total death toll comes out to just over 3,000.

Analyzing the numbers even closer, you’ll realize that the majority of those 3,000 casualties were either due to old adobe homes (with no base isolation) collapsing during the earthquakes, or people living too close to sea level in coastal areas being affected by the resulting tsunamis.

As I’ve come to better understand how these natural phenomena have affected Chile throughout its history, I feel a lot more confident about having made the decision to move here full time.

While I still like to think I have a healthy respect for shifting tectonic plates, it’s pretty clear that sugar, cholesterol, and getting behind the wheel everyday all pose much bigger risks to my safety and well-being than earthquakes do–at least in this country.

Darren grew up in Chicago, then lived near Seattle, 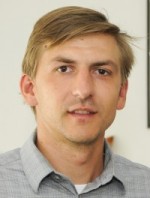 Washington, for several years before coming to Chile to look for a business/investment opportunity and a rural agricultural property that would serve as a “back-up plan” residence. He ended up staying in Chile full-time and becoming a recognized expert on real estate in the area. He is also author of Where to Buy Chilean Real Estate  in 2014 and conducts both private and group real estate tours. He lives near Talca, in the Maule Region, a prime farming area. His web site is www.darrenkaiser.com.

« How To Store Precious Metals Offshore
And the Plot Thickens . . . China moving to support Russia. »